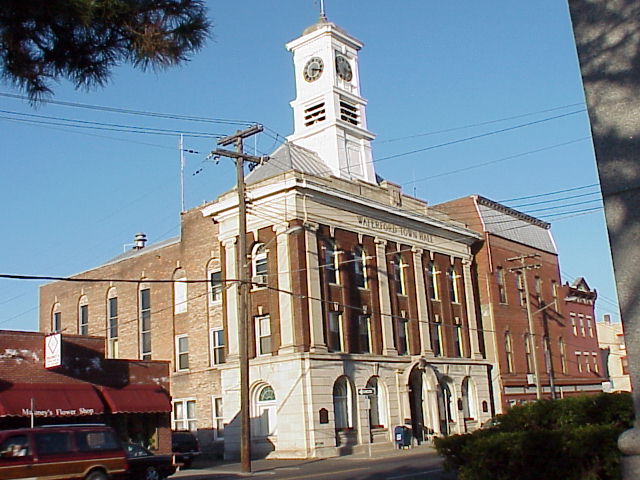 “Waterford – The Old Town by the Ford”

The Town of Waterford is situated in the southeastern corner of Saratoga County, 12 miles north of Albany at the junction of the Hudson and Mohawk Rivers, and the junction of the Erie and Champlain Canals. It is the home of the “Waterford Flight”, the highest set of lift locks in the world.

In 1816 the old precinct of Halve Maan” (Halfmoon) was divided into two separate towns, Halfmoon and Waterford. The Village of Waterford is located within the town and holds the distinction of being the oldest continually incorporated village in the United States.

The industries of Waterford include Momentive Performance Materials, which is among the largest employers in Saratoga County. Mohawk Paper Mill on the historic Kings Canal and Ursula of Switzerland are located in the Northside section of Waterford. Industries on Hudson River Road include Cascades, DeGussa, Golub Warehouses and Maximum Security Products. The New York State DOT and New York State Canal Corporation both operate out of Waterford and the Bureau of Historic Sites has their headquarters on Peebles Island, which is a New York State Park situated in Waterford.

The Town has a full-time Police Department; five volunteer fire departments, a Rescue Squad and an Emergency Team. It is served by two school districts, Waterford-Halfmoon being the primary district, a small portion of the Town is in Shenendehowa School District.

The Town is currently in a state of growth and will continue to grow for some time to come. The many civic groups that make up the Town continue to work for the betterment of the community. This can truly be called a volunteer community.